What is the best wine for people who don’t like wine? Well, first things first: not everyone likes wine. In fact, many of your friends who fervently rave about their love of wine probably started off hating the taste. If you have ever been invited to a fancy dinner and recoiled at the taste of the wine you were served, rest easy: you are not alone.

However, that does not necessarily mean you are not a “wine person” or that you must resign yourself to drinking grape juice for the rest of your life. Even people who get off on the wrong foot with wine can come to appreciate the drink, and that is what we are here to do. In this article, we will introduce you to the best wine for people who don’t like wine.

The world of wine is vast, and it takes even the most passionate wine enthusiasts years and years to learn their way around their vintages. With this article, we will save you some time and help you get your foot in the door. We will start with the basics, teaching you some essential terms of the trade. We will answer a few of the most common questions beginners have, and then we will share our ten picks for the best wine for people who don’t like wine. Whatever your previous experiences with the drink, we recommend you wipe your palate clean and prepare your taste buds for a fresh start.

Best Wine for People Who Don’t Like Wine Comparison Table 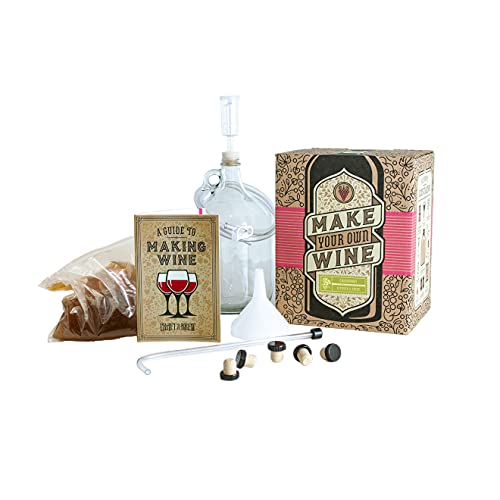 Chardonnay is the most popular white wine on the planet. It often takes on flavors like lemon, apple, pear, pineapple, jackfruit, passionfruit, peach, and fig. In some wines, it comes with an oak flavor resembling vanilla. It is medium in acidity and buttery in taste.

Chardonnay can take on two general tastes: zesty or buttery. 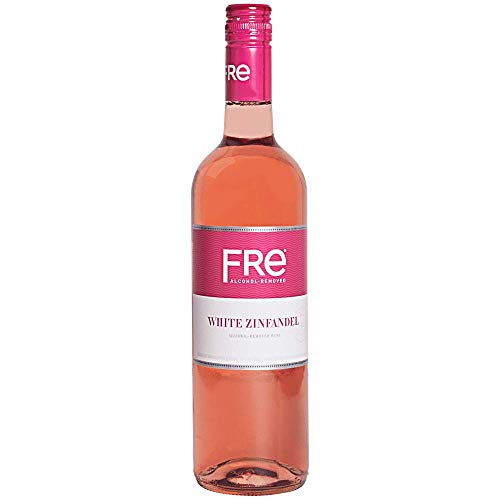 White Zinfandel is known for being refreshing and fruity. Its taste resembles strawberry, pear, pineapple, and peach. White Zinfandel tastes great over ice and is often paired with fruits, cheeses, and seafood.

White Zinfandel is neither overly dry nor overly sweet, with flavors like strawberry, pear, pineapple, and peach. 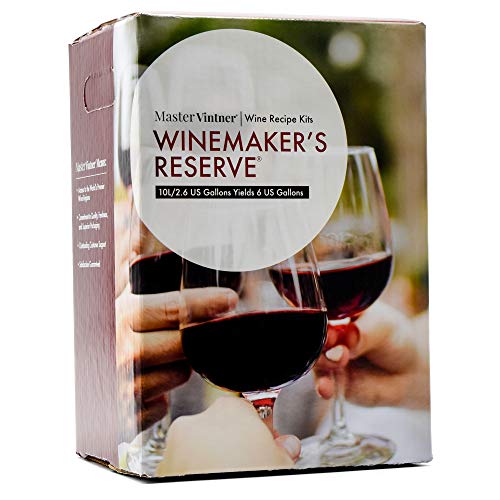 Pinot Noir tends to have a deep, complex taste that resembles strawberry, jammy fruit, mocha, and vanilla. It goes well with tomato-based pasta dishes and pizza.

Pinot Noir has a rich, fruity flavor that tastes great on its own or with food. 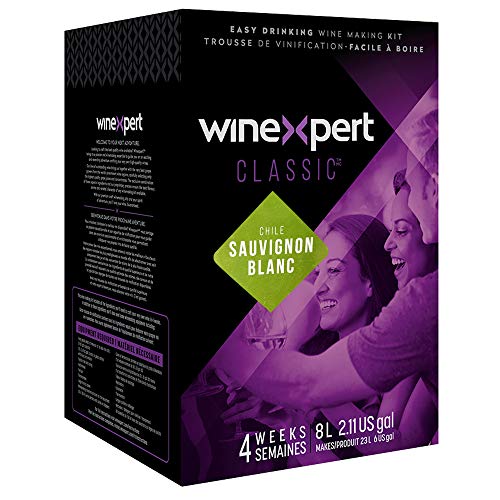 Sauvignon Blanc is one of the most popular white wines in the U.S. It has a crisp taste, with high acidity and low sugar. Its flavor has notes of citrus, grapefruit, and lemongrass.

Sauvignon Blanc is often described as having a “grassy” taste due to its crispness. 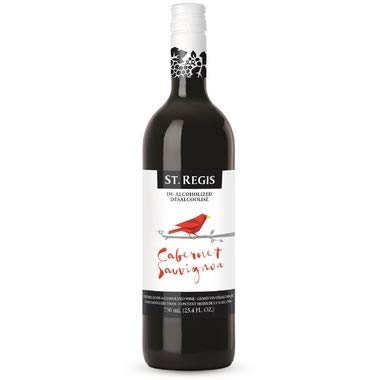 The Cabernet Sauvignon is a smooth, dry wine with the powerful flavors of raspberry and blackberry jam. It is among the most popular red wines. It contains after notes of currant and smooth vanilla. It pairs well with all foods.

Cabernet Sauvignon has a powerful, dry flavor that tastes of raspberry and blackberry jam. On its own, it may be slightly overwhelming, so it is best enjoyed with food.

Syrah, also known as shira, is one of the darkest red wines on the market. It is known for its high level of tannins and has a full-bodied feeling in the mouth. Its flavors include berries, pepper, tobacco, and sometimes, smoked meat.

Syrah is a heavy, dark wine with flavors such as berry, pepper, tobacco, and smoked meat. 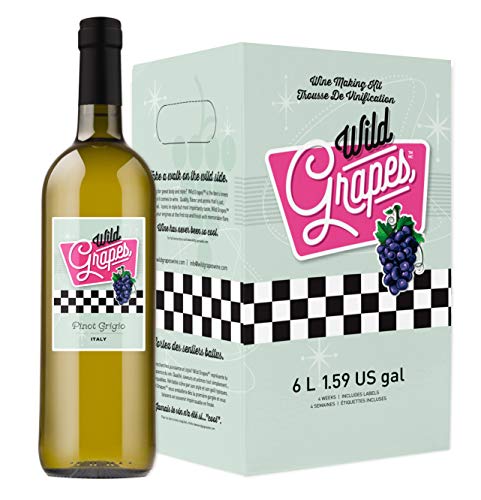 Pinot Grigio is a white wine that is light on the tongue, with a crisp, tangy flavor resembling green apples and white peaches.

Pinot Grigio has a light, zestful taste, with flavors like green apple and peach. Its flavors go well with poultry, pasta, and pizza.

1. What Exactly Is Wine in the First Place?

You have undoubtedly heard of wine, seen it at the dinner table, or even tried it yourself, but do you know what it is? Many people know they enjoy it, but they could not tell you much about it. Before we introduce you to the best wine for people who don’t like wine, let’s start with the very basics.

Wine is an alcoholic beverage derived from fermented grapes. Fermentation is the process in which a substance gets chemically broken down by bacteria, yeasts, or other microorganisms. It is the process used for making beer, wine, liquor, and other drinks (and foods) we widely enjoy today.

When it comes to fermentation in wine, here is how it works: a winemaker will take their grapes of choice and crush them to release the juice (known as “must”) into a fermentation container. They will then add wine yeast, which will consume the sugar in the grapes and turn it into ethanol, carbon dioxide, and heat. It is this fermentation process that turns grape juice into the alcoholic beverage we call wine.

Grapes are among the most common ingredients for wine, but there are variations such as rice wine and other fruit wines, such as those made from plums, cherries, pomegranates, currants, and elderberries.

Wine is an extremely old beverage that has been produced and enjoyed for thousands of years. Historians date back humanity’s fondness for the drink all the way back to 7,000 or 6,000 B.C., preceding ancient civilizations like those of Greece, Thrace, and Rome. Historically, wine has been enjoyed for its intoxicating effects, but it has also been an important part of religions. Wine held significance in the religions of the ancient Egyptians, the Greek cult of Dionysus, the Romans, in Judaism, in Christianity, and more.

In short, wine is an alcoholic beverage that has played an important role in human society for thousands and thousands of years.

2. Is Wine an Acquired Taste?

It is commonly said that wine is an acquired taste, and for the most part, this is true. Many young adults start off hating the taste but come to gradually appreciate its taste as they age. Part of this is simply a matter of growing used to the general taste of wine. Another explanation is that many young adults begin their wine journeys by drinking cheap wine that would make even the most enthused wine lovers gag. The third part of this is that many wine drinkers need the time and the opportunities to try out enough kinds of wine until they hit their palate’s sweet spot.

With time and experience, there is a good chance that you will find yourself changing your mind about wine before you even know it. It also helps that as we and our company grow older, we tend to store, handle, and serve wine better. When looking for the best wine for people who don’t like wine, keep in mind that something as simple as the temperature at which you serve your wine or the way you pour it can have a tremendous impact on the taste. These are subtle aspects of wine drinking that are, in all likelihood, completely neglected when we are having our first glasses of wine with our clueless college friends.

All that being said, some people simply do not like the taste of wine, and that never changes for them. This is perfectly fine. Life is too short to enjoy drinks you find repulsive. So what we recommend is that you keep an open mind, try out our suggestions for the best wine for people who don’t like wine, and partake here and there as you go about your life to see if your taste preferences change, but do not force yourself to drink something you find unpleasant simply because many other people enjoy it.

3. What Are the Benefits of Drinking Wine?

In moderation, wine provides many notable health benefits. Here are just a few of them:

4. What Are the Characteristics of Wine That I Should Pay Attention To?

In general, there are four essential characteristics you should know about. First, you should pay attention to sweetness, especially if you are a beginner. For most, sweeter wines are easier to take in when you are starting out. Wines with a higher alcohol content tend to taste sweeter, so if you have a sweet tooth, keep that in mind while picking out your next vintage.

Second, you need to know about tannin. Tannin is a compound typically found in red wine. It sticks to your teeth and gum, leaving a bitter or acidic aftertaste that many beginners do not like. In many cases, the best wine for people who don’t like wine will be those low in tannin.

Third, you should take acidity into account. Wines with higher acidity will taste more sour. This is a much more subjective characteristic, but in general, the best wine for people who don’t like wine tend to be low in acidity.

Fourth, every wine drinker must take viscosity and body into account. These terms refer to the way the wine feels in the mouth, whether it feels light or heavy. In our experience, the best wine for people who don’t like wine is usually light. Examples of this level of viscosity include Beaujolais Nouveau and Sauvignon Blanc.

5. What Are the Different Types of Wine?

There are hundreds of different kinds of wine, but they can be boiled down to five basic types or styles.

The first is red wine, which is a still wine made from black grapes. Red wines can be anywhere from light to dark, and dry to sweet.

The second type is white wine. White wine is a still wine that comes from green (and occasionally black) grapes. Some white wines have a deep, almost creamy taste. On the other end of the spectrum, they can be light and fruity.

The third type is rose wine. This is a still wine made from black grapes and from blends of red and white wines. Rose wine comes in both sweet and dry varieties.

The fourth type is sparkling wine, known for its bubbly nature. It can be red, white, or rose.

The fifth is fortified wine, which is made from wine strengthened with spirits. Usually, these are dessert wines.

The following wines were reviewed based on the following parameters: features, pros & cons, price, where to buy, and taste. We chose these parameters because they allow us all the necessary information that will help you find the best wine for people who don’t like wine.

The Verdict: The Best Wine for People Who Don’t Like Wine

For the beginner, all ten of these wines are worth a try, though we specifically recommend two to taste first. We believe these two to be the most accessible entry points for someone who is not yet on board with wine.

The first is Moscato, a white wine with a crisp, citrus taste. It is easy to drink and low in alcohol content which makes it the best wine for people who don’t like wine. It tastes great on its own but also goes particularly well with seafood.

The second is Pinot Noir, a luscious red wine with a smooth, jammy taste. This wine is easy on the digestive system and not too acidic, making it another great starting wine. Because it is so popular, however, there are many cheap, low-quality bottles on the market. That is why we recommend you avoid opting for the cheapest bottle you find.

How To Remove Sulfites From Wine: Tips and Tricks